This snapshot of three of the award winning paintings captures the diversity of subjects waiting to be experienced at the 137th Open Annual Exhibition.

Artist Michael Durning RSW PPAI  PAI who won the Walter Scott Award for ‘River Gods of the Damnonii’ (below) explains “It is a reference to the ancient people that lived on Dumbarton Rock – the ancient capital of Strathclyde, and to the affection held for the Clyde paddle steamers. The “PS Ryde Queen”, older than the Waverley, was built at Denny shipbuilders in the shadow of Dumbarton Rock. The ship was run aground and left to the elements; it can still be seen decaying on the Isle of White slowly disappearing from memory like the ancients.” 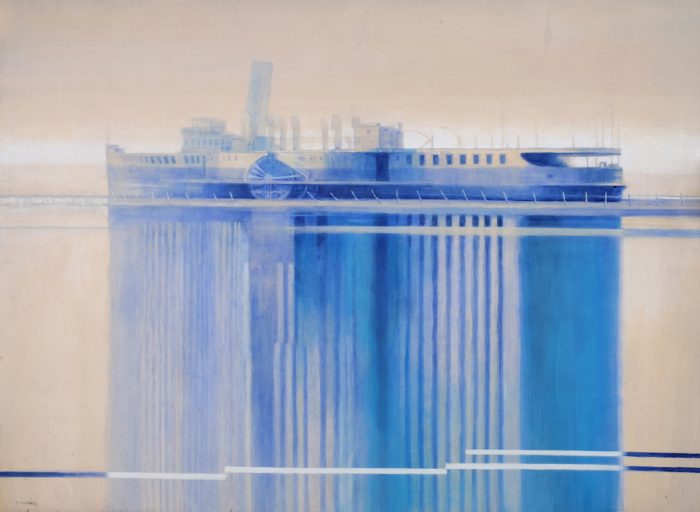 Artist Chris Brook won the RSW Watermark Award for ‘Settlement III’ (below) he said “A recurring theme of containment is evident throughout all of my work, this can take on many forms, a defiant headland, as in where land meets sea, or an area protected by a perimeter, a boundary wall, or fence rail, a dwelling or retreat. The motif featured within settlement III is a constant source, and has many interpretations. In this particular piece, it has a reference to shelter, offering solitude, comfort and protection.  The same motif inverted becomes a vessel, either utilitarian, or nautical, again both having the capacity to contain.”

Ronald F Smith RSW (below) won the £500 John Busby Award for ‘Desert, First Light’ inspired by the memory of an early morning trip in the Namib desert and is in response to the emptiness, the colour and the mood of the landscape at that particular time of day. 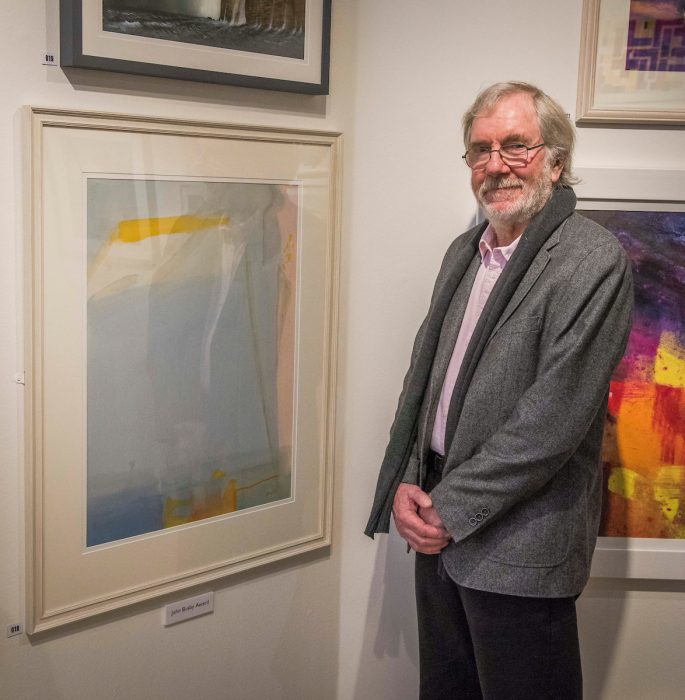