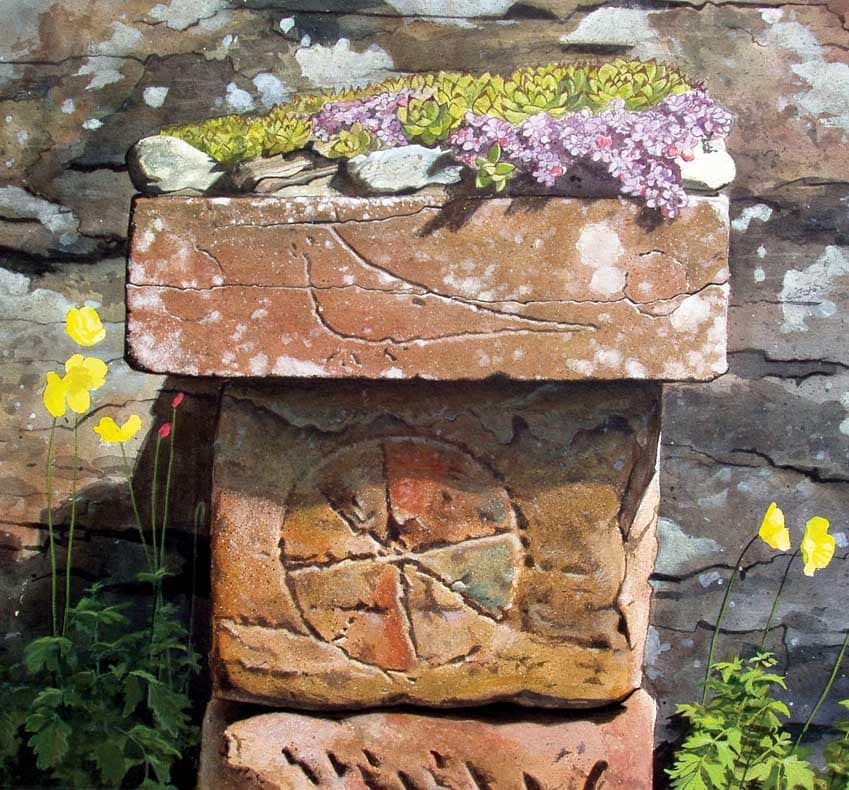 The Annual Exhibition by The Royal Scottish Society of Painters in Watercolour is one of the best annual showcases of paintings by established and emerging young artists from across Scotland.

The 131st Annual Exhibition took place at the Royal Scottish Academy in Edinburgh in March 2011 and featured more than 180 paintings by over 130 artists including Stephanie Dees, Simon Laurie, Marian Leven, Ian McKenzie Smith, Philip Reeves and HRH The Prince Charles, Duke of Rothesay, Patron of the Society, as well as invited works from the Royal Watercolour Society in London and the Australian Watercolour Institute.

Artist Jim Dunbar from Carnoustie won the £1,000 RSW Council Award for the painting ‘Consecration Stone, St Vigeans’ which also appeared on the cover of the exhibition catalogue. Jim, who trained at Duncan of Jordanstone College of Art and Design, taught in schools for twenty years before painting full time and in 2006 won the RSA Scottish Arts Club Award.

Talking about the winning painting he said “I’ve known this stone since 1973 when it was in the garden of our house, Kirkstile Cottage, in the village of St. Vigeans near Arbroath. The house was originally the village school and the stone was said to have been consecrated to mark the opening of the school in the late 18th century. I have always been interested in its history and fascinated by its decoration.”

Limited edition prints of this painting are available from the online RSW Gallery.