Tom McKendrick was born in Clydebank in 1948. Growing up in this small but vibrant industrial town has had a marked influence in his work and methodology. He served an aprenticeship as a ‘Loftsman’ in John Browns Shipyard before moving on to Glasgow School of Art.

The roots of his paintings and sculptures emerge from the processes of industry. It is the human drive to “make” that interests his creative energies and his fascination in the interaction between man, ideas and materials results in large multimedia shows.

His exhibitions can be best described as ‘layered’, allowing the viewer to explore deeply the many facets that are merged into the subject matter. The need to create a single holistic visual impact dominates his exhibitions and the use of theatrical effects are employed to enhance and bind together the varied components and intensify the aesthetic atmosphere. Primarily a painter his work is identified by its rich surface texture.

McKendricks techniques are as varied as the contents of his shows and he is at ease creating in clay, welded steel, oil paint, watercolour, light, electronics and kinetics or indeed anything that the current project demands to bring it to fruition.

Major exhibitions of acclaim include Blitz, Submarine, Rivet Temple, Iron and Heavier Than Air. Each has been the subject of a television documentary and enjoyed highly successful tours with record breaking gallery visitation levels. 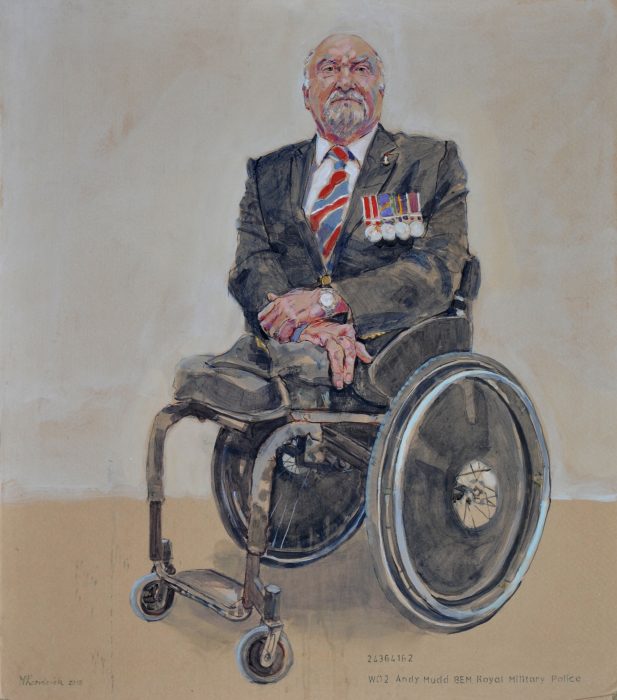 Portrait of WO2 Andy Mudd from the SOLDIERS Exhibition 2018 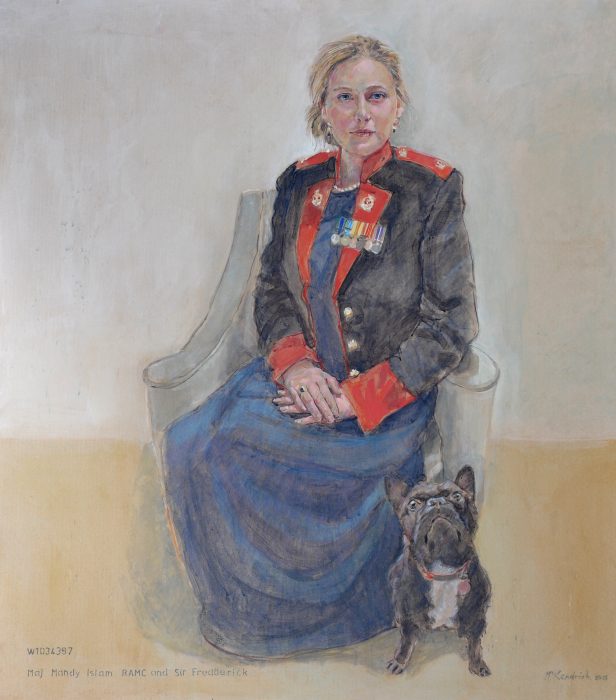 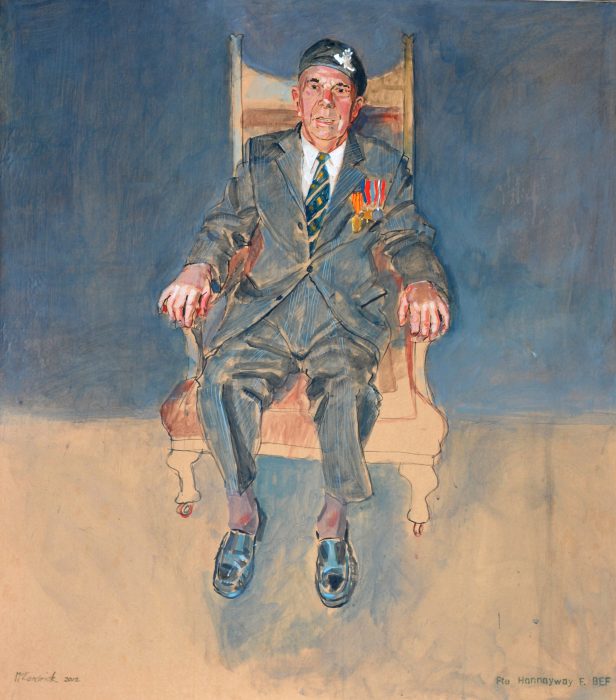 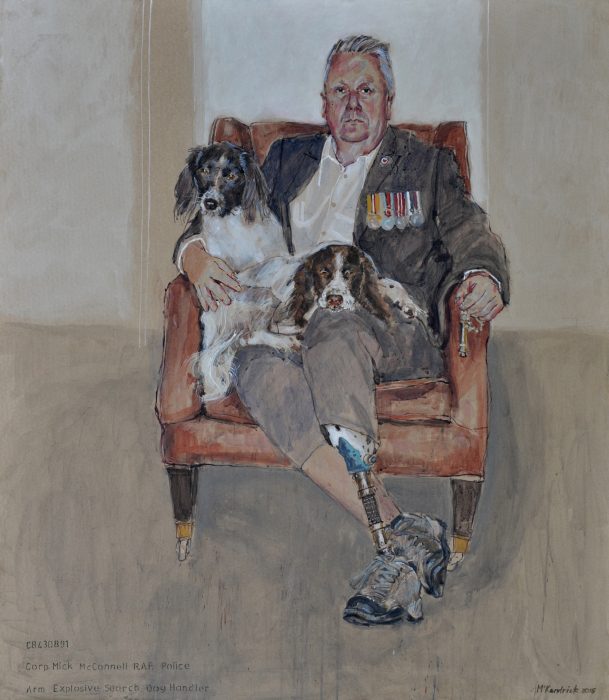 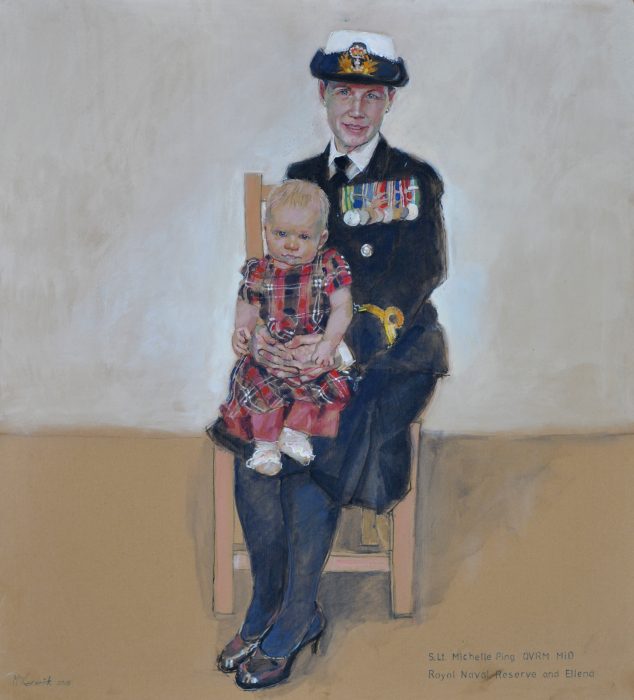