Derek is an internationally acclaimed, multi-award-winning artist. His paintings often depict natural elements of wildlife and  landscape and explore environmental themes. His most recent research project deals with the subject of migration and refugee crises and has taken him to refugee centres, camps and migration routes in France, Italy and Jordan.  Derek has illustrated and written numerous books, has regularly featured in press and radio and has often appeared on television as both a writer and presenter.  He exhibits around the world and his paintings are held in private and public collections in more than 50 countries. Derek often works collaboratively with scientists, researchers , poets, musicians and other creative practitioners and as a result his work has contributed to storytelling, poetry, music and song and has featured in scientific papers and collaborations as well as a number of residencies, performances and presentations. 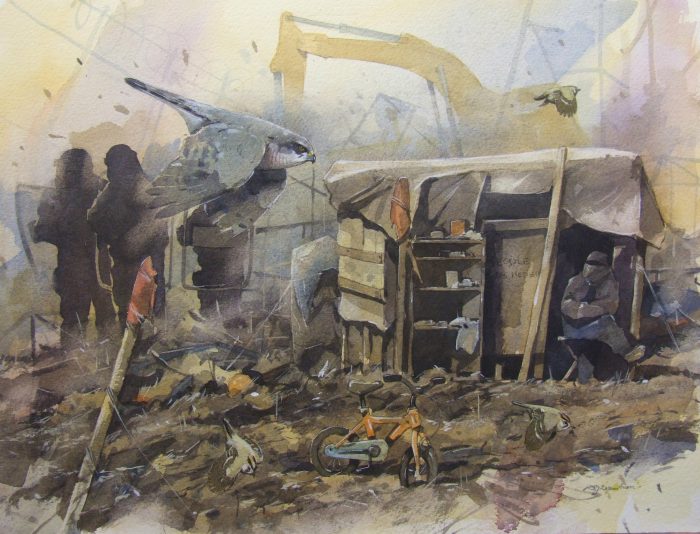 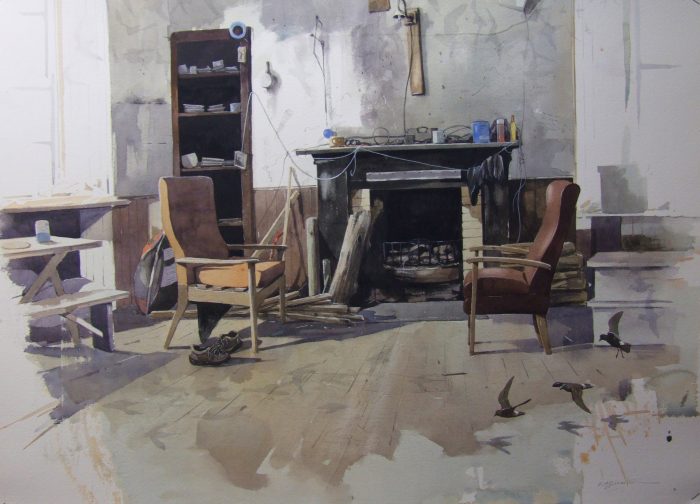 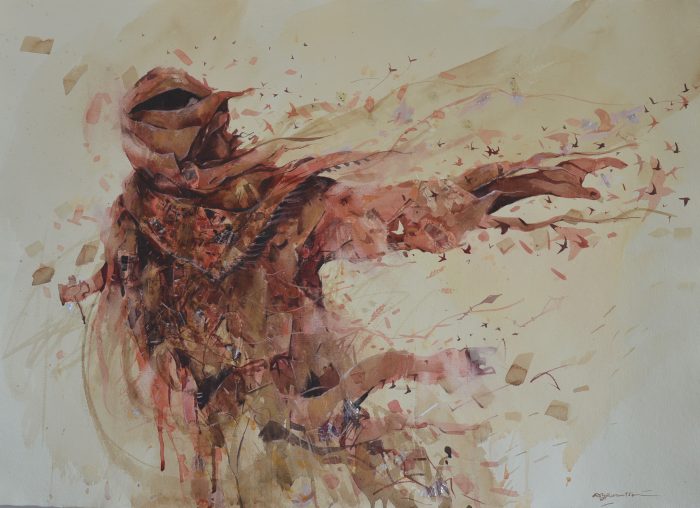 Figure painted from sketches in Jordan and Calais 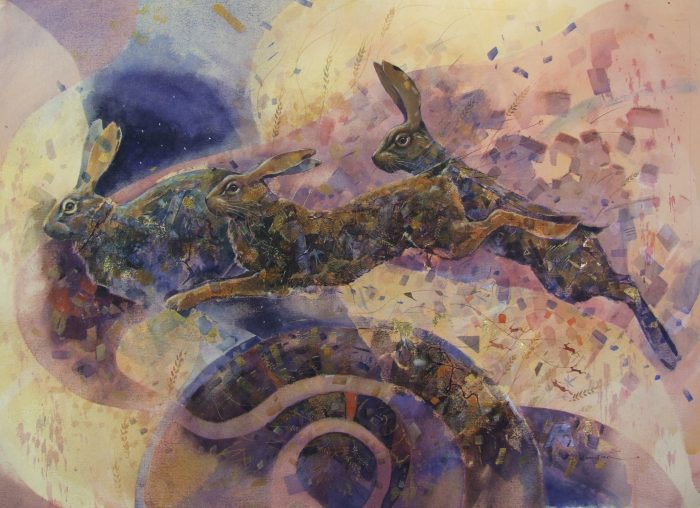 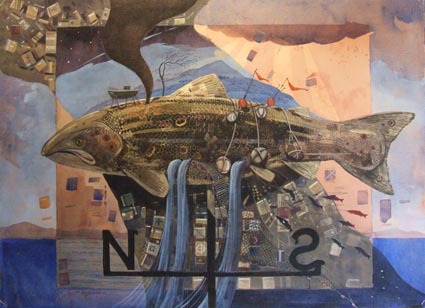 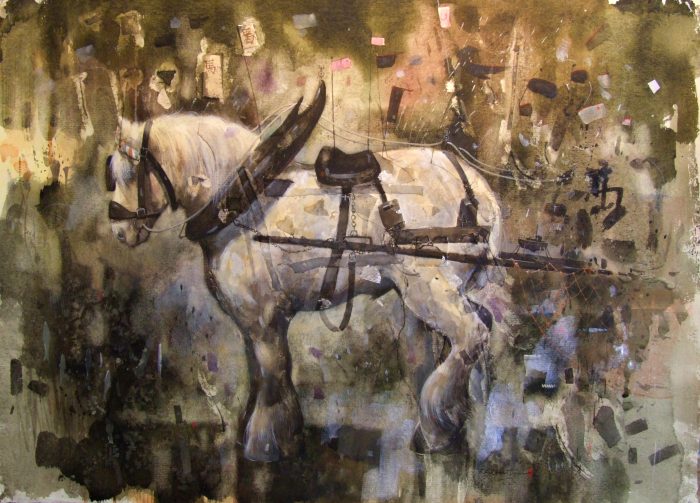 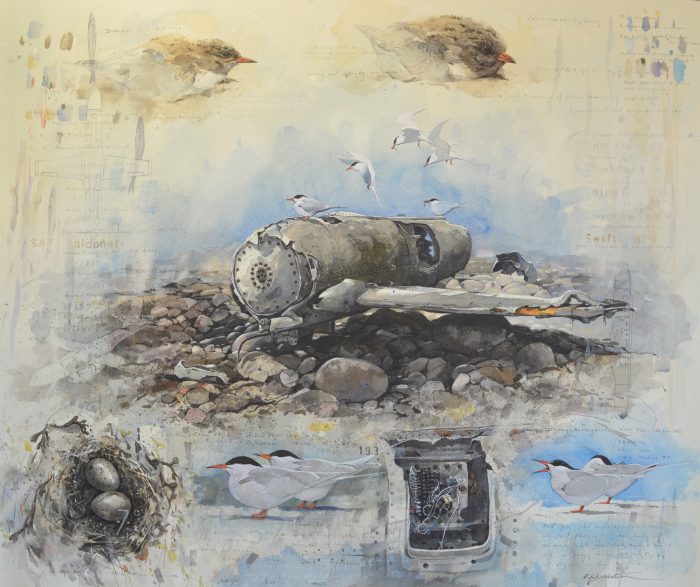 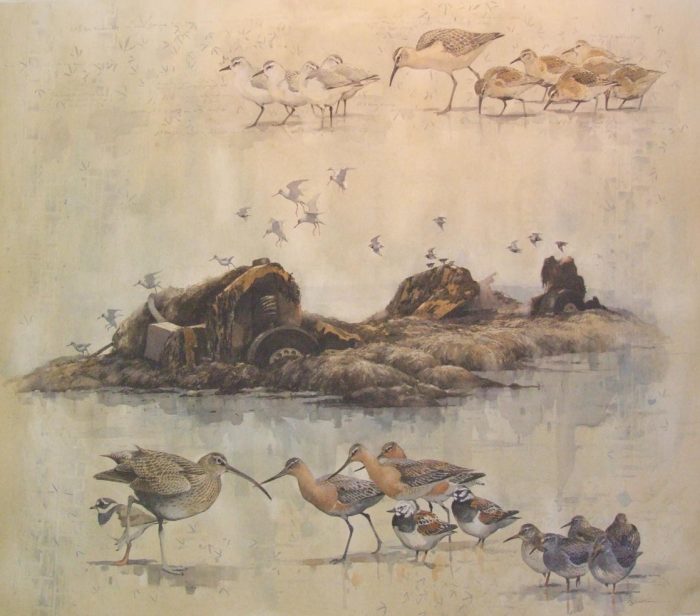 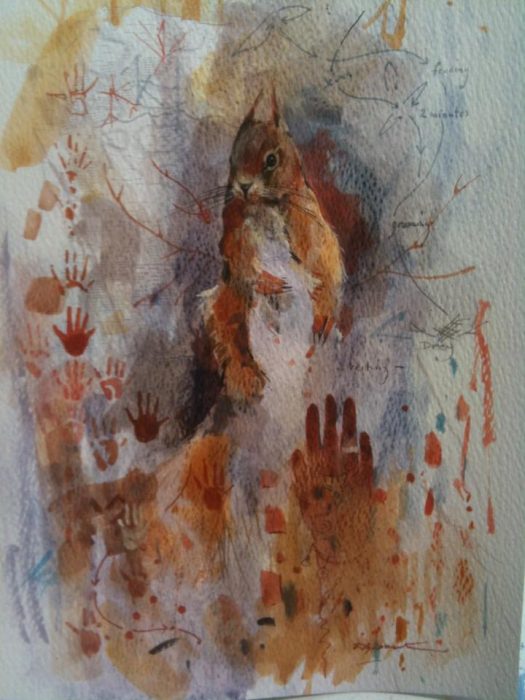 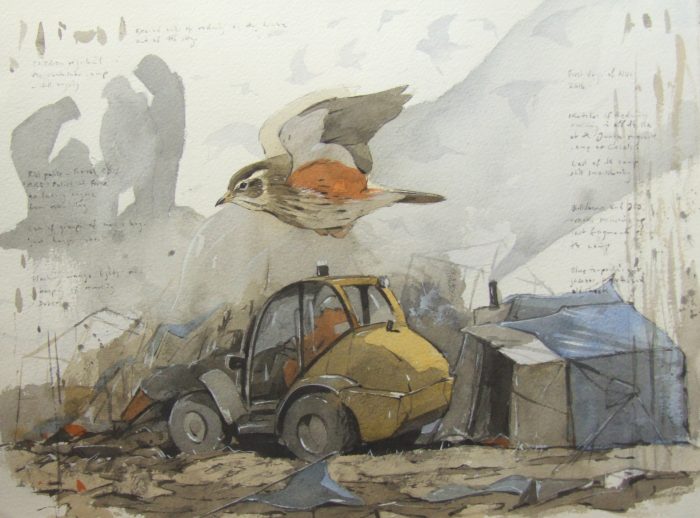 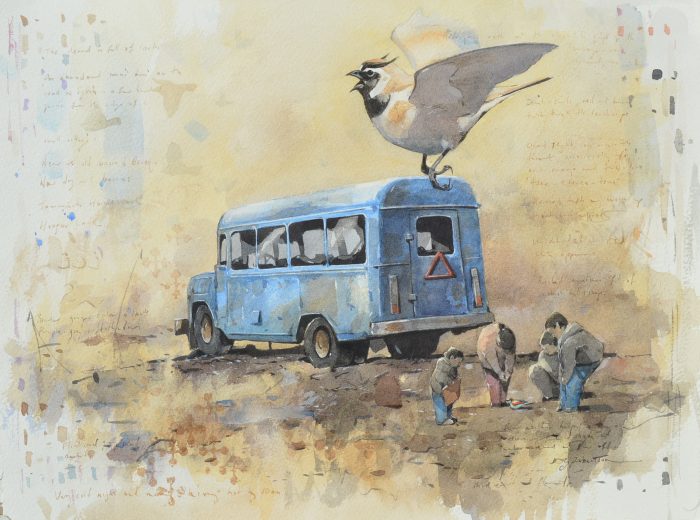 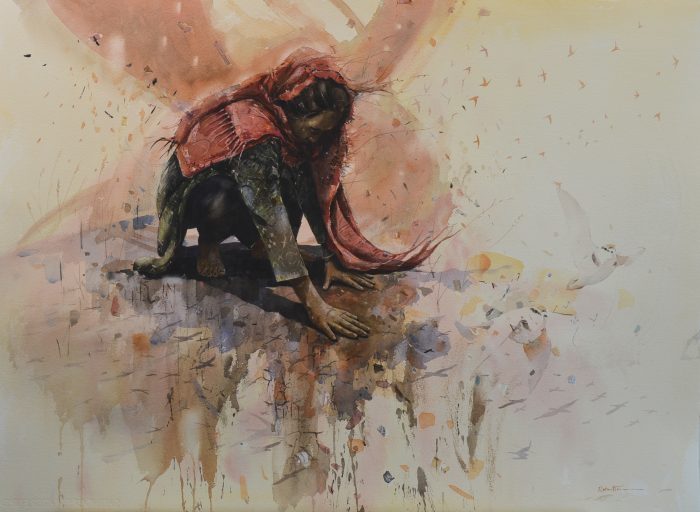 Acrylic and watercolour from studies in Jordan. 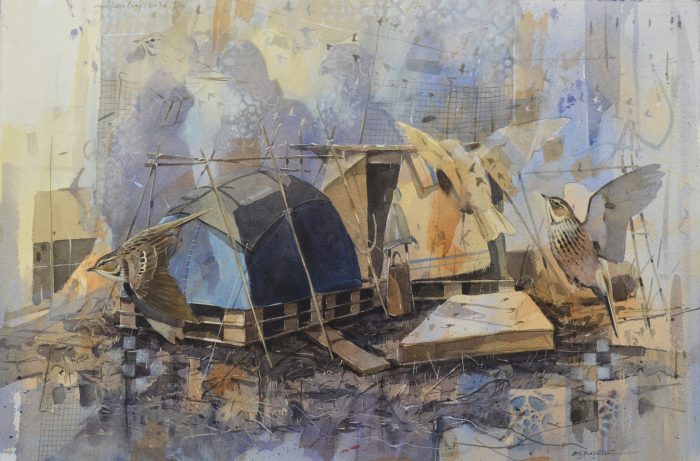 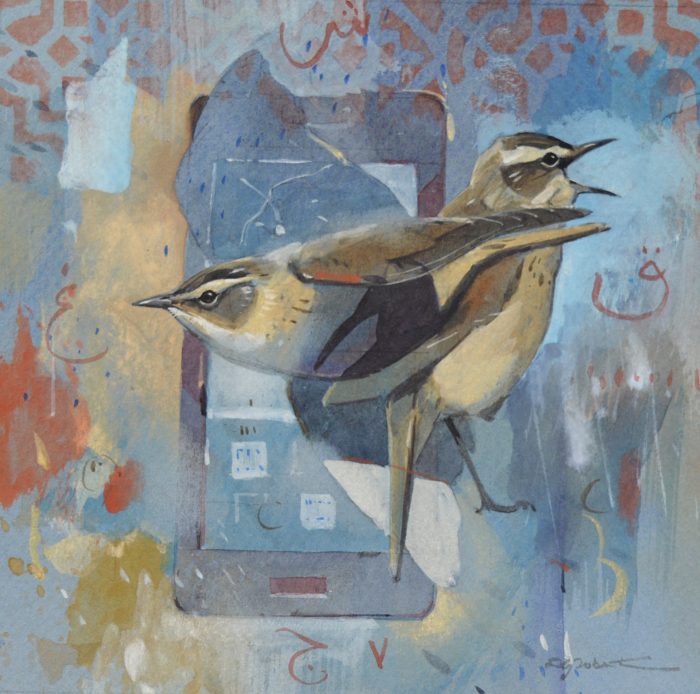 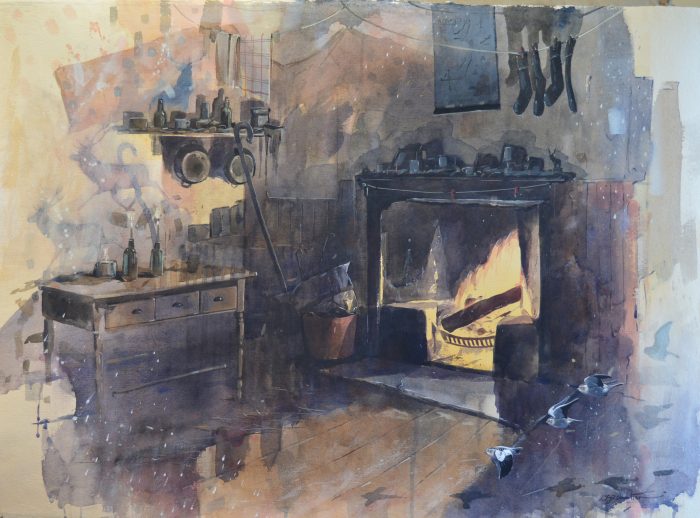 A Chaim "A Chaim" 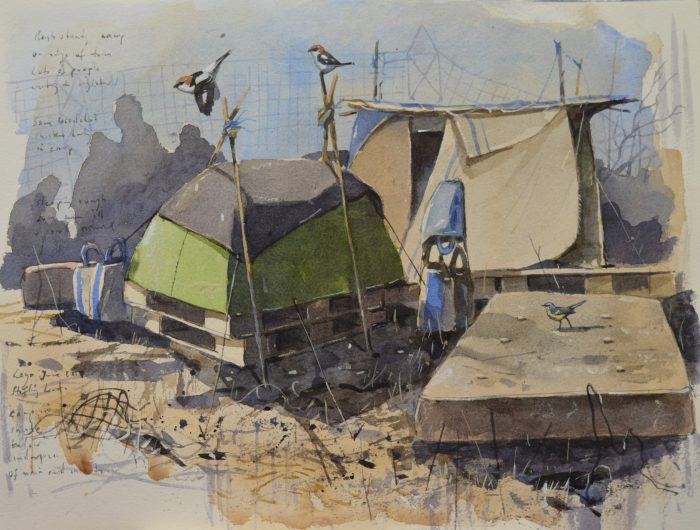