Born in Canada, Alison began her studies there before continuing in France and Britain. In 1982, she came to Scotland to undertake postgraduate studies at Edinburgh College of Art, and has made Scotland her home.

In 1989 Alison was elected a member of the Royal Scottish Society of Painters in Watercolour and is a past Vice-President of the Society. She also served as President of Visual Arts Scotland for three years in the late 1990s and has been made an Honorary Life Member.

She was a founding Director of The Exhibiting Societies of Scottish Artists (ESSA) and a founding member of the Edinburgh College of Art Alumni Association. She was Honorary Arts Convenor of the Scottish Arts Club, Edinburgh from 2001-2004.

Twice the recipient of the Elizabeth T Greenshields Foundation Scholarship, she was short listed several times for the Noble Grossart Painting Prize and received the Alexander Graham Munro Award from the RSW in 1997 and the John Gray Prize in 2007.

Her oils and watercolours are widely held in both public and private collections throughout the UK and Canada.

“In 2006, my husband Ross and I bought and began restoring a derelict 10-acre croft on the coast in the North-West of Scotland.

Today, I work primarily from my studio up here in this special place by the sea, in the old stone barn, which has been brought back to life as an endlessly inspiring work-space.

“Since moving to my new studio in Wester Ross, my work has been hugely influenced by the horizon here – and my experience of the daily drama out over the Inner Sound and The Minch. This series is my attempt to find an equivalent in paint for this experience and as it has developed, the images have inevitably become more abstract, distilled, re-defined.

The energy and the light in this place is unlike any I’ve known before and living here is a daily immersion in a breathtaking (sometimes overpowering) drama played out by the elements. The process of pressing forward with this new imagery, not knowing what the next piece will bring or where it will take me, is very exciting – it has taken on an energy of its own.

Each piece seems to grow out of the previous ones, to teach the eye and the hand something new, often with an increasing sense of boldness and vigour.  To let the hand, the pigment, the paper and the water grapple – and then act in unison, giving form to my (inner) experience of the drama unfolding beyond my window.” 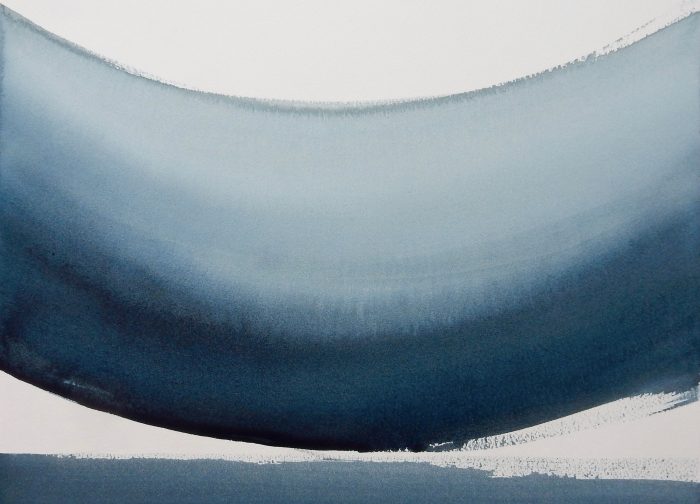 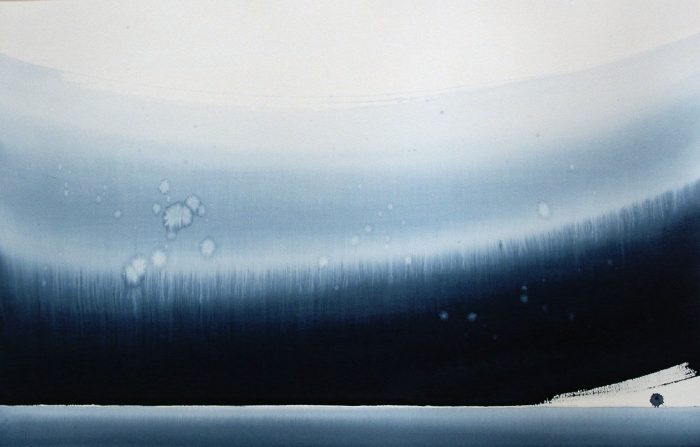 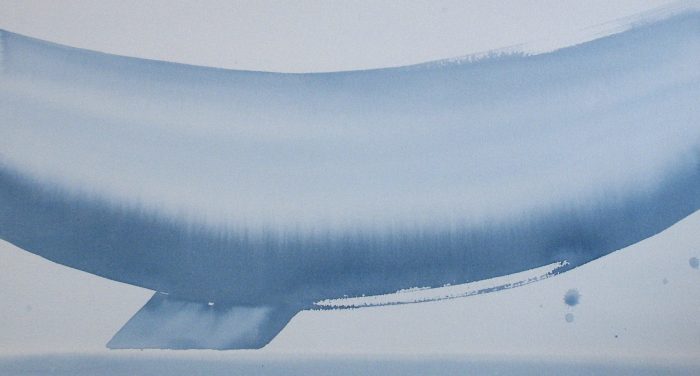 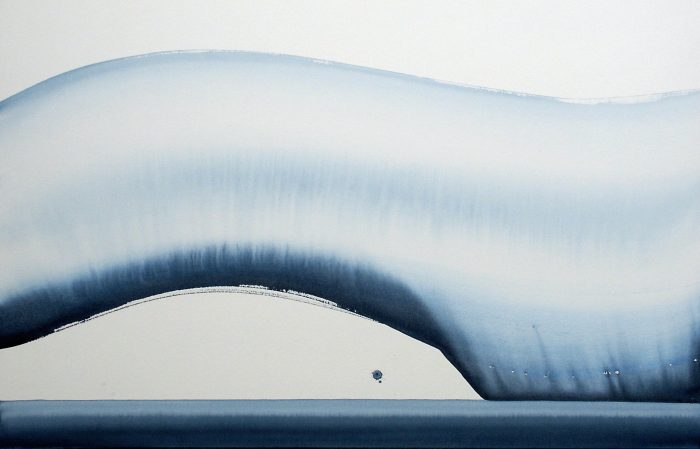 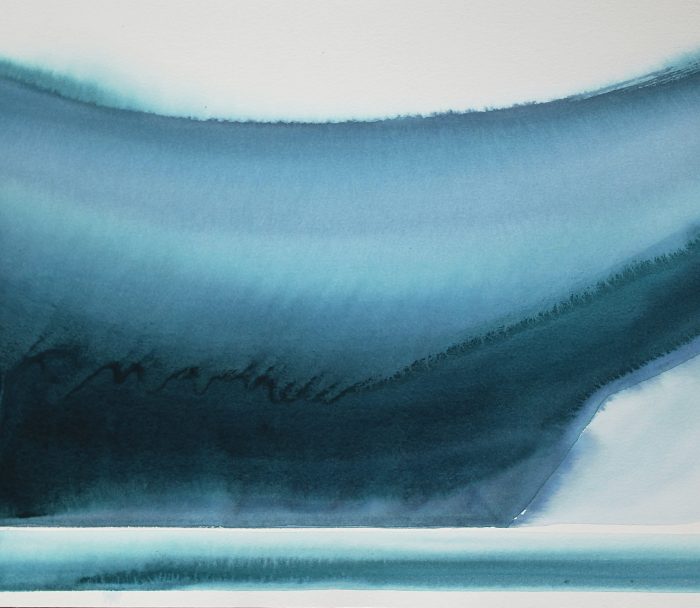 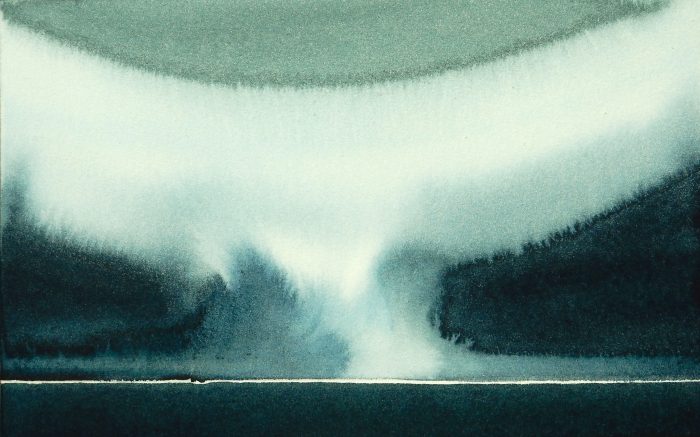 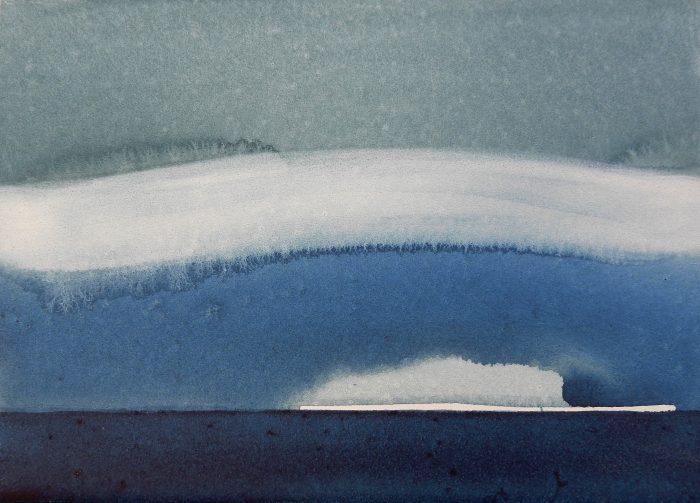 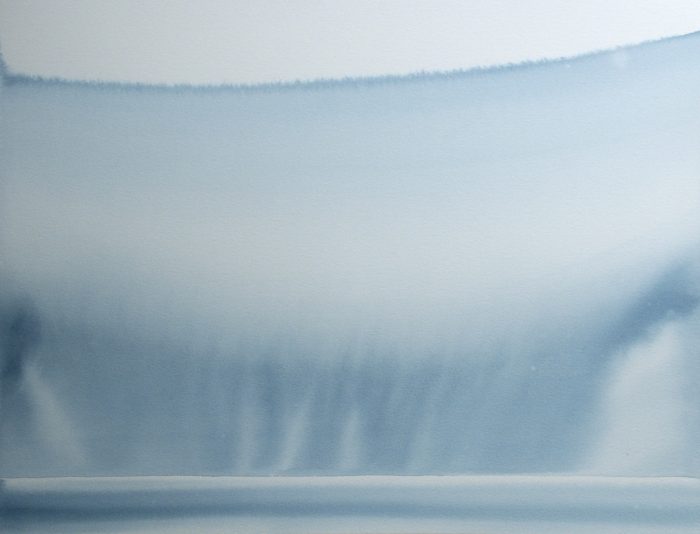 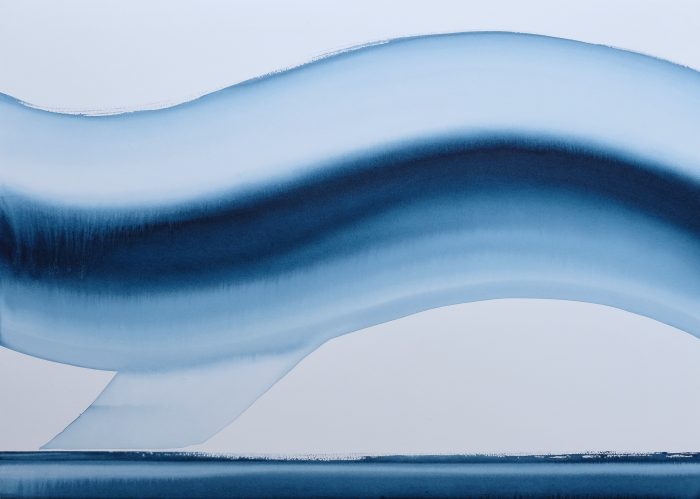 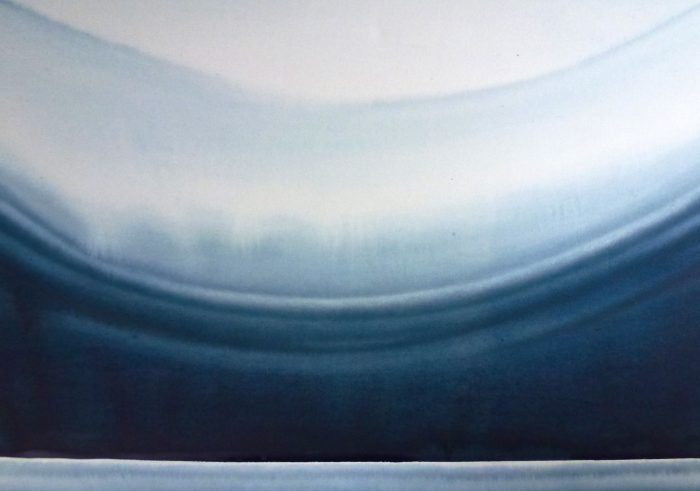 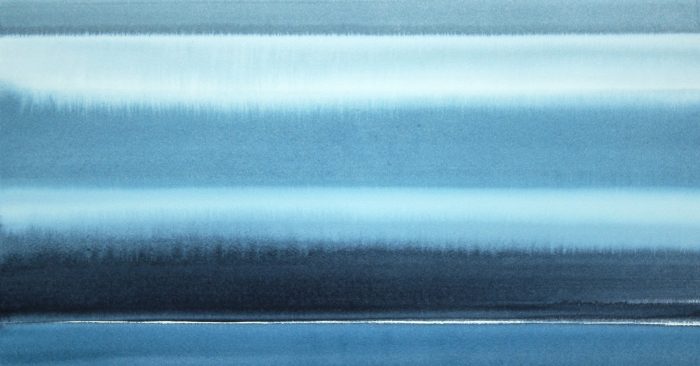 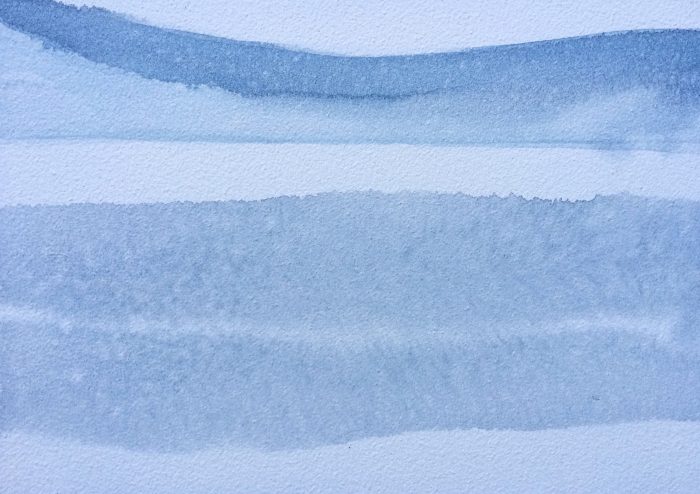 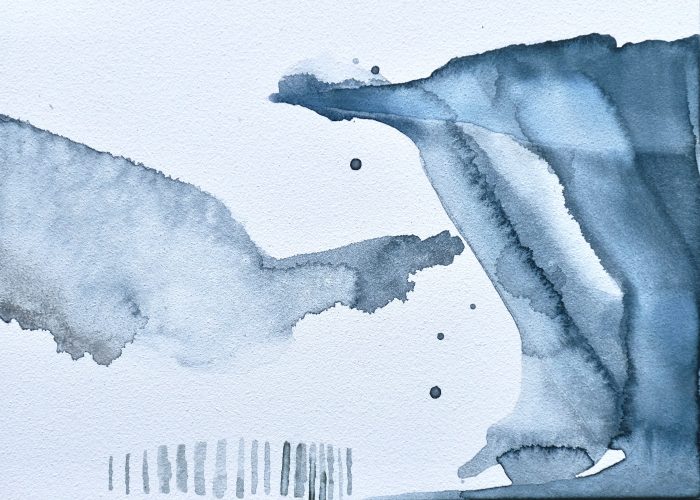 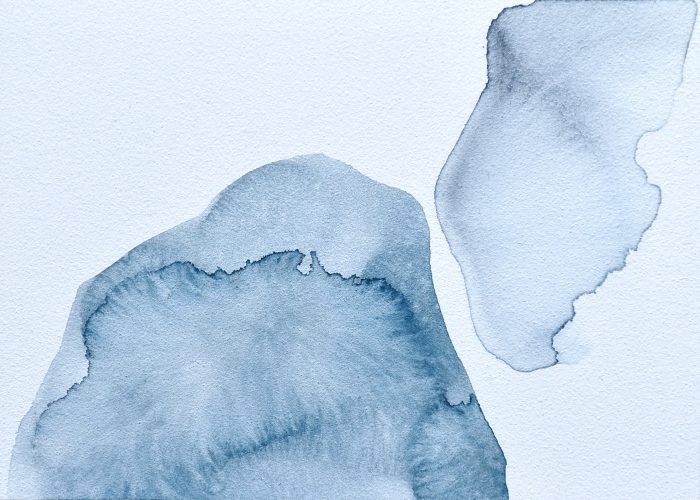