Charles MacQueen RSW RGI: Themes Old and New
Having carved a path for himself as an abstractionist at a time when the Scottish art scene was dominated by figurative artists, Charles MacQueen has become known as one of the foremost Scottish painters of his generation. Travelling frequently to Morocco and Tunisia, MacQueen’s work centres around evocation of place. Working in mixed media, he uses colour and surface texture to create abstract compositions incorporating memories and forms observed from his travels. Looking to the sharp contrasts of light and dark created at doorways and arches, MacQueen produces texture with layers of paint and gesso, channelling the decadent richness of the Italian Renaissance painters.

Influenced by John Dewey’s Art as Experience, MacQueen considers the expressive quality of art to arise from formal interaction rather than representational subject matter. Speaking about his work, he has said: ‘The stark visual contrasts of moving between strong blinding sunlight and black dark bazaars full of rich reds, golds and turquoise eventually inhabit my paintings. This is also like being put down to sleep in a darkened room with a strong sunlight streaming through shutters. This is not a representation but an evocation.’ MacQueen was born in 1940 in Glasgow and studied at Glasgow School of Art from 1958 to 1962. After graduation MacQueen pursued a career in teaching art, until in 1990 when he retired and became a full time professional artist. He has won many prestigious accolades including the Glasgow Civic Art Prize in 1971 and the Torrance Award and Teacher’s Whisky Travel Award, both at the Royal Glasgow Institute. He was elected a member of the Royal Glasgow Institute in 1983 and the Royal Scottish Society of Painters in Watercolour in 1984. His works can be found in public, private and corporate collections worldwide. 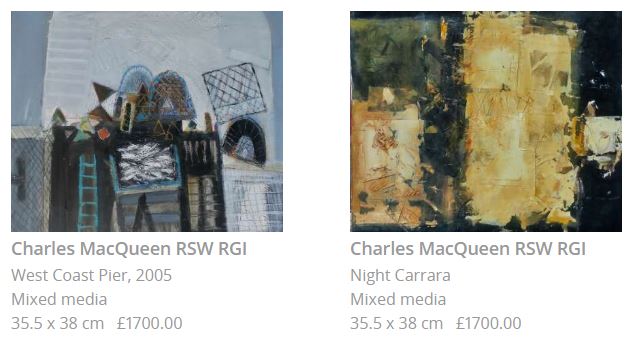 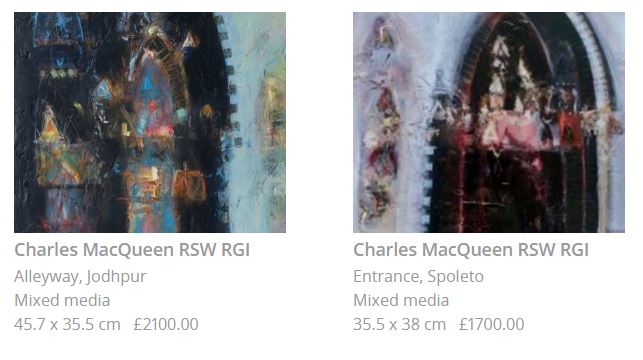